Sound, Silence and the exploration of Consciousness - by Shastro 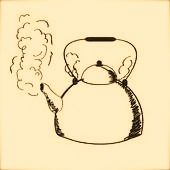 When I was in my late teens and after moving out from my parents home, I was living in a small apartment in Italy that was located on a busy main street. At times when I was in the kitchen preparing a cup of tea or doing nothing in particular, I would notice that the sound of the traffic on the road or the water boiling in the tea kettle was suddenly carrying a particular flavor, very difficult to describe…almost like a mixture of nostalgia and longing: as if every sound had a long tail, like an echo.

Those particular moments remained an unresolved mystery for me, until a few years later:
I am sitting in a large meditation hall in India listening to my spiritual teacher Osho, commenting on some writings of a Zen master who is describing the different stages one encounters when entering deeper states of meditation.
My attention awakens in the moment I hear Osho reading from the Zen master's text something like:
“…and as you move deeper into your inner silence and stillness all sounds start having a particular quality, like an echo...as if coming from a distant valley…”

This was the first time anyone would gave words to that unusual experience I had and it helped me realize that these moments happened when I was in a generally relaxed and unoccupied state of mind, like a natural state of meditation.

Often the same experience would happen to me while listening to Osho talk. Just sitting there, with nothing to do...just listening...and suddenly all sounds seemed to be situated in the perfect space and time with an incredible sweetness to them. A train whistling in the distance, a dog barking, the sound of a woman sweeping the street, a child crying or the wind blowing through the bamboo... in those moments every sound became an intrinsic part of the great symphony of the present moment.

To add to my intrigue, quotes from various masters also began to come my way: 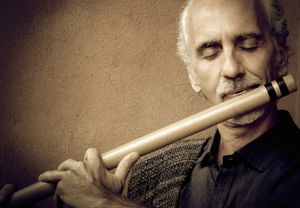 “When I am silent, I fall into the place where everything is music.” - Rumi

“Where is the door to God?
In the sound of a barking dog
In the ring of a hammer
In a drop of rain
In the face of everyone I see." - Hafiz

“Start listening to sounds, let music be your meditation.
Listen to the sounds, all kind of sounds. They are all divine – even the market noise, even the sounds that are created in the traffic. This airplane, that train …
all sounds have to be listened to so attentively, silently and lovingly… as if you are listening to music.
And you will be surprised: you can transform all sounds into music; they are music.”  – Osho

I started to explore this open door into the ever-present moment, and during these explorations I discovered that
the space in which all sounds echo, or “the valley” as described above, is an ever present silence.
Just like light cannot exist without darkness or matter without space, sound cannot exist without silence.

We could say that silence is for the ears what space is for the eyes.
In fact, to me music is an attempt to play those notes (objects) – to put them together - in a harmonious way that does not override silence but enhances it. Like in interior design or in Feng Shui one tries to place furniture in a fashion that creates a feeling of harmony, where space is not “filled” but “played” with and emphasized.

One of the problems I encountered is that it can be difficult to tune into silence or space because our attention is very much object-related rather than space-related.

For example, if I were to enter a room the first thing I would notice would be the furniture and not the space per se – even when room actually means space.
So let’s say that in a room there are a piano and some chairs and I decide to take the piano to another room. When I return and I look where the piano had been standing, what do I see? Space.
Removing the object revealed the space that was there before the piano arrived and is there after the piano has been removed. In other words, it was always there but it was “occupied”. At the same time the space between the chairs also helps to distinguish where one chair ends and another starts. So we can say that all objects exist in space, are contained by space and are also defined by space.

In the same way we can perceive all sounds as floating in an ever-present silence. Silence contains them and defines them. When a sound ends, silence becomes more obvious and tangible, although it was there all the time. Silence is the container and sound is the contained.

Silence is the blue sky within which all sound clouds move.

Silence is the white canvas on which all sounds are painted.

Our physical senses can be precious anchors and doorways into the present moment. If we give our full attention to deep listening, in that very moment we are taking away the fuel from the continuous stream of thoughts, redirecting that energy into presence.
This makes listening a great meditation tool (and the same is true for the other senses).
But to have this tool activated it is necessary that we are able to listen to any of the sounds without labeling them  either “pleasant” or  “disturbing” and this allows us to listen from a non-dualistic space.
The moment we judge a sound we are back in the dualistic world of the mind and we will not be able to enter the door of Oneness and perceive its divine qualities.

This is not unlike our sitting meditation practice when we observe thoughts coming and going without getting involved and without judging them as “good thoughts” or “bad thoughts”. The moment we start judging them we are back in the turning wheel of the mind.

As a listener, did you notice that the more quiet you become, the more you can hear?
To me, this points to the fact that whatever perceives sound is the silent space inside of us and the more silent we can become the better sounds can be perceived and defined, and their divine “sweet” nature revealed. Every sound thus, even the most mundane, becomes a doorway to a deeper reality.

Through this process one is bound to stumble upon the understanding that all sounds perceived by us as coming from the outside and floating into space-silence are also perceived inside of us in space-silence.
At this point one starts wondering if there is actually any separation between the "outside" and the "inside"… Could it be that the ever-present space-silence outside of our body is the SAME as the one inside of us? Could it be that there is no inside and outside as far as space-consciousness is concerned?

I often asked myself what is it in me that perceives sound? The ears are only a channel, an entryway, but sound is perceived at a deeper level. This becomes obvious to me every time I enter or come out of sleep: if sounds were perceived just by the ears then I would be able to hear sounds all the time even while I am asleep. But I don’t. As I fall deeper into sleep, sounds are no longer there (that is why people can fall asleep in front of a blaring TV screen).
When I am conscious sounds are there but when I am unconscious they disappear, therefore whatever is perceiving sound seems to be related with consciousness.

I personally resonate with this embodied approach to life, where the body and its senses are an integral part and expression of who we are as conscious beings on this planet. Many spiritual paths disregard the body as “not who we are”. To me this approach is not only a bit outdated but it can also be harmful as it recreates the dualistic separation between above and below, inside and outside, spirit and matter.

Over the last few years this deepening relationship with sound and silence has inspired me to lead music meditations where music is used to point to the container: silence.

As a musician, when I allow music to arise out of the inner silence, it carries a different quality. This is music that does not try to override silence but emerges from it. In this space, the contained and the container are interlaced in a harmonious play where sound eventually disappears back into the space from where it came, making silence more tangible, within and without.

I can't help but think that like a soundwave returns into the ocean of silence, I too will go back from where I came. It is as if each of us is a piece of music, a unique song existence has chosen to play out of the eternal silence, out of the space in which eventually we will all be reunited.